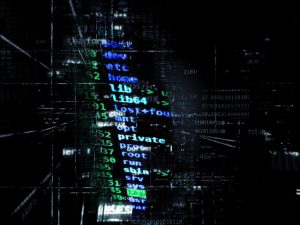 Until recently, many “traditional” security best practices suggested that enforcing regular password expiration for computer user accounts, was a good security practice and that it contributed to more secure computer system environments.

Based on these practices, many organizations, after a fixed number of days, prompt their computer users to change their passwords.

However, recent studies suggest that the enforcing regular password expiration, apart from causing frustration to the users, it is also a bad practice and has a negative impact to the overall security of systems. The main argument is that the enforcement of regular password change via expiration, increases the risk of having users that use passwords similar to the old ones, in order to remember them. This creates a weakness which could be potentially exploited by attackers.

To this end, more modern approaches should be followed that take into consideration the new realities. One such reality is that, nowadays, the majority of people need to remember a large number of passwords and not just one. People need to remember passwords that have to do not only with the workplace, but also with many other things like: social media, online services, etc. 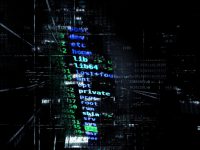 So, for example, instead of blindly enforcing password expiration, a new more user-friendly policy could monitor systems for failed login attempts, and based on a given logic, to prompt the affected user for changing her password. Also, systems could display for each end-user her last login date and time in order to review it and if there is a suspicion for unauthorized access, the user to contact the System Administrator for assistance.

Another good practice is to use account lockout in all systems. For example, when a user tries to login “x” times during an “y” period of time, the user account to be automatically locked for a “z” period of time along with informing the System Administrator.

Enroll to my online course on Udemy, titled “SQL Server Fundamentals – SQL Database for Beginners” and get started with SQL Server on both Windows and Linux in no time!

In the opposite case, it is highly likely that users will find ways to make their life easier, independently of any best practices, thus causing weaknesses in the affected systems.

Search for How To’s

Recommended Course: "A Guide on How to Start and Monetize a Successful Blog"

We use cookies on our website to give you the most relevant experience by remembering your preferences and repeat visits. By clicking “Accept All”, you consent to the use of ALL the cookies. However, you may visit "Cookie Settings" to provide a controlled consent.
Cookie SettingsAccept All
Manage consent

This website uses cookies to improve your experience while you navigate through the website. Out of these, the cookies that are categorized as necessary are stored on your browser as they are essential for the working of basic functionalities of the website. We also use third-party cookies that help us analyze and understand how you use this website. These cookies will be stored in your browser only with your consent. You also have the option to opt-out of these cookies. But opting out of some of these cookies may affect your browsing experience.
Necessary Always Enabled
Necessary cookies are absolutely essential for the website to function properly. These cookies ensure basic functionalities and security features of the website, anonymously.
Functional
Functional cookies help to perform certain functionalities like sharing the content of the website on social media platforms, collect feedbacks, and other third-party features.
Performance
Performance cookies are used to understand and analyze the key performance indexes of the website which helps in delivering a better user experience for the visitors.
Analytics
Analytical cookies are used to understand how visitors interact with the website. These cookies help provide information on metrics the number of visitors, bounce rate, traffic source, etc.
Advertisement
Advertisement cookies are used to provide visitors with relevant ads and marketing campaigns. These cookies track visitors across websites and collect information to provide customized ads.
Others
Other uncategorized cookies are those that are being analyzed and have not been classified into a category as yet.
SAVE & ACCEPT